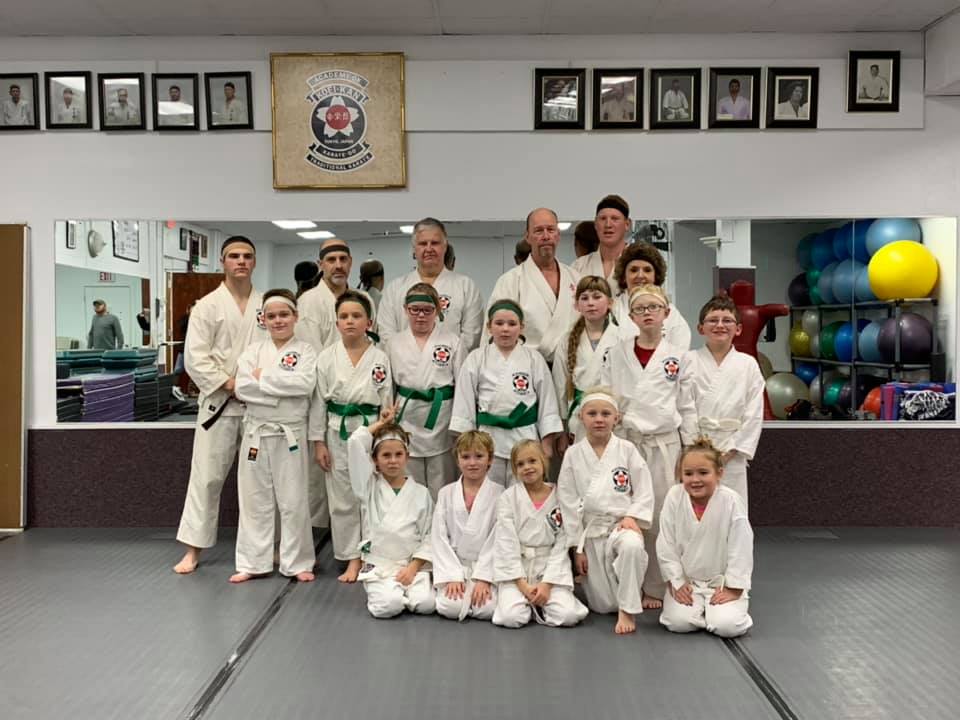 2023 Rates
Per each two-month session

Koei-Kan Karate with the Cortland YMCA

Learn discipline, respect, and self-defense in this beginner-friendly program. Koei-Kan is ideal for all ages and fitness levels; everyone is welcome!

The program has been taught at the YMCA for the past 37 years, and is a culmination of Karate, Ju-Jitsu, Judo, Kubodo (weapons), Kung-Fu, Pankration and other martial arts. It teaches each student to strive for the highest degree of self-attainment and to embrace true ethics of Bushido; (humility, truth, self-discipline, self-esteem, peace, respect, unselfishness, honor, and courage).

Koei-Kan exemplifies the principle, “There are no superior styles of martial arts, only superior Martial Artists” whom are always learning, improving, and perfecting. Koei-kan has dojos throughout the United States, Japan, South America, and Greece. Classes at Cortland YMCA are currently taught by Brian Lann (Nidan – 2nd degree). [All Koei-Kan Sensei are Japan Certified and recognized in the Martial Arts World.]