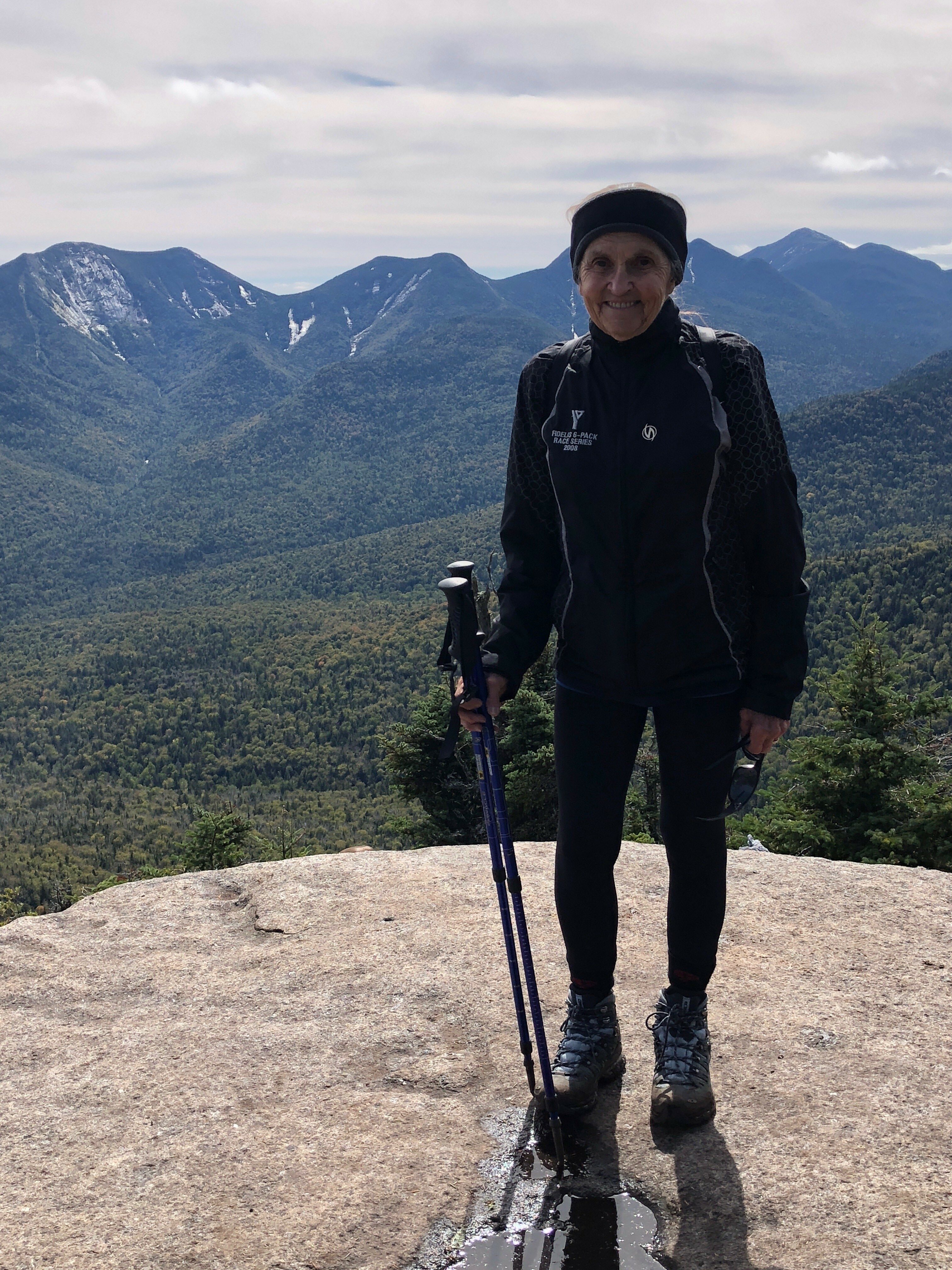 This is the second part of Angie’s Story. Read the first part here.

“I retired at 67 years old because my husband was having some health issues, so I decided to not work anymore. He ended up dying in 2007. He was diagnosed on Thanksgiving, and by January, he was gone. It was a late diagnosis, too late for treatments. So, I got everything done, you know how it is when someone passes away, all the things you have to do. My daughter said, “Mom, go back to the Y”, so I did. That was the best thing she could have told me because it helped me get through the grieving process, to settle things at home, and get my life started all over again.

When I turned 70, I got involved with triathlons, thanks to one of our instructors here at the Y. I did triathlons every year for ten years, and that didn’t stop until my accident, two years ago. That day, when I fell, I was training for the Cortland TRI through the United Way, and the first thing I thought in my mind was ‘oh, my gosh. Now I won’t be able to do the triathlon’. I never lost consciousness, I was bleeding, I knew that something was really wrong, and that was the first thing I was thinking.

When I got out of the hospital, after only four days, I was able to walk, I was able to do all of these things. I didn’t look that great, and I had that brace, but they had me walking. When I got home, I said “I’m going to walk the Turkey Trot.” It was September, and the race was on Thanksgiving. I knew I wasn’t going to be able to run, but I was going to walk it. And I did. I trained with another Y member, Anja, and she’d come meet me at my house, and we’d walk. After my accident, people would come to my house and ask if there was anything they could do to help me, and that was the best thing she could have offered me, to walk with me. She’s a Y member to, so we take care of each other.

I’m not doing triathlons anymore; I’ve only biked twice after that. I had major surgery, had back problems, had to wear a brace for six weeks, and had concussions for a while, and had to go to physical therapy for a while. But as soon as the therapist told me I could go back to the Y, I came right back. I went to water aerobics, and I started slowly, and water aerobics helped me get through the transition. And that’s what helped me. That, and determination.

This was the place I always fell to, when I had issues in my life. There was always something to do, people around that understand. Everyone else here is the same. All of us have issues and our own problems. Some of the people here at the water aerobics classes, they’ve had knee replacements, hip replacements, shoulder replacements, all kinds of issues, so this is the place to recuperate. And they have a comradery; the people are so nice. And then they worry about me if I don’t show up. I tell them if I’m leaving. “I’m not going to be here for a couple days—don’t worry about me.” The Cortland Y is like another home. I feel close to everybody here, and everyone feels that same way towards me. There’s a real positive attitude, and you’re not competing here. We’re all part of a group, and you’re just doing things together as a group, and at the end of the day, we all go our own direction, and do our own thing.

“I count on the YMCA to fulfill my everyday fitness needs and to help me maintain a healthier lifestyle for the rest of my life.” I wrote that (for a YMCA brochure) when I was 70 years old, and here I am at 82, and it’s worked. This place has made me who I am today. After my accident, after my husband passed away, I dropped my membership, and when I came back again, they gave me credit for the three months I was out because of my husband. And when I had my accident, it was the same way. That inspired me to keep going.

A year ago, September 21st [a year after Ange’s bike accident], I was climbing the The Big Slide, one of the Adirondack peaks. I had never done any peaks before, but it always on my bucket list. I climbed with my family, in honor of my brother-in-law (who was a “46-er”), after he passed away from cancer. I talked to Dan Sopp  [A YMCA fitness instructor] and he’s a mountain climber. He’s the one that told me how to train here, by skipping steps here at the Y, and I’d do that three or four times a day. And then I’d be on the treadmill with the incline and then I came one day with my hiking boots, just to get the feel of it. Dan’s the one that helped, and he was here at the Y. So, no matter what I accomplished in my life physically, it’s here that I trained. And I’m so thankful that this place was here for me to turn to.

This is the best place.”

About the Author: Cortland YMCA